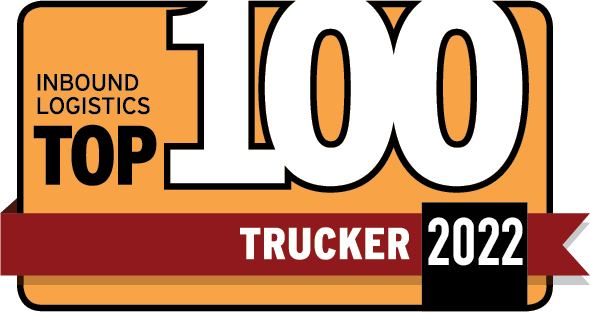 AAA Cooper Transportation is committed to helping our customers gain a competitive edge through innovative solutions, cost-saving strategies, and true partnerships. Inbound Logistics compiled a list of the best diverse logistics leaders from a candidate pool of over 300 carrier companies. Thank you to the Inbound Logistics magazine editors for recognizing AAA Cooper Transportation as a 2022 Top 100 Trucker. 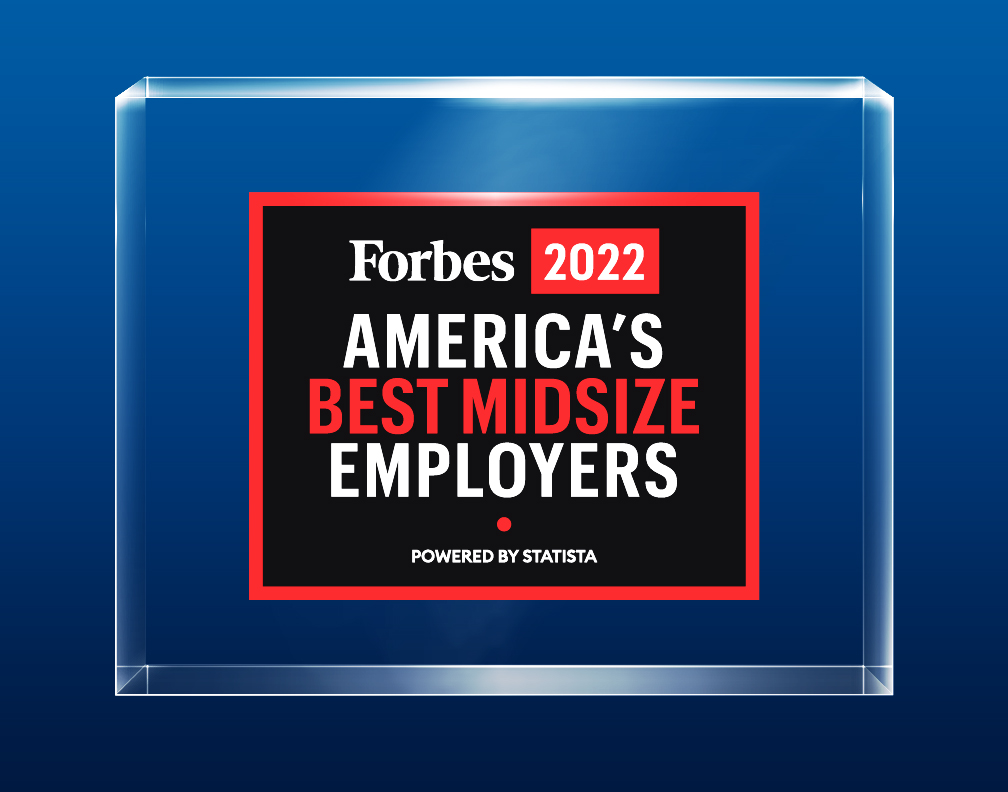 In 2022, AAA Cooper Transportation was selected by Forbes as one of America’s Best Mid-Size Employers. Forbes teamed up with Statista and surveyed 30,000 people working for companies with 1,000 plus employees. They were asked to rate how likely they would be to recommend their employer to others, then they were asked to nominate organizations outside of their own industry. The final list ranks the 500 mid-size employers that received the most recommendations. This is the sixth year in a row that AAA Cooper Transportation has received this recognition. 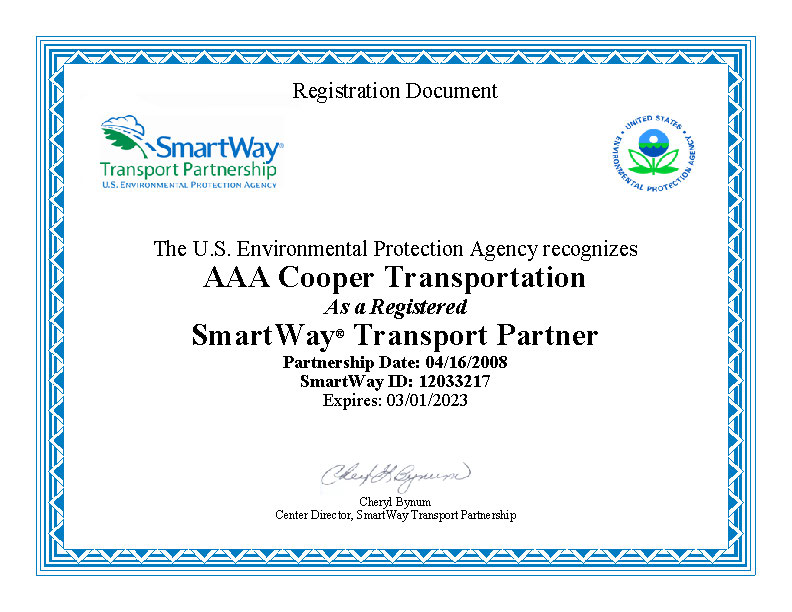 SmartWay is a voluntary and cost-free program that supports companies’ initiatives to reduce greenhouse gas emissions from freight supply chain transportation activities. Operational strategies, data management tools and verified technology supports are provided. The SmartWay Partnership is a domestic and international freight and supply chain program that manages data for over 3500 partners across all domestic shipping modes in the U.S. and Canada. SmartWay implements its goals to lower freight carbon footprints by conducting analysis and research of freight impacts, engaging with freight experts, anticipating and responding to trends, developing strategic resources and communication strategies, and serving as an international model. International collaborations exist with Mexico, China and other Asian nations, Europe, and Latin America.

Forbes named AAA Cooper Transportation one of America's Best Employers for Veterans in 2021. 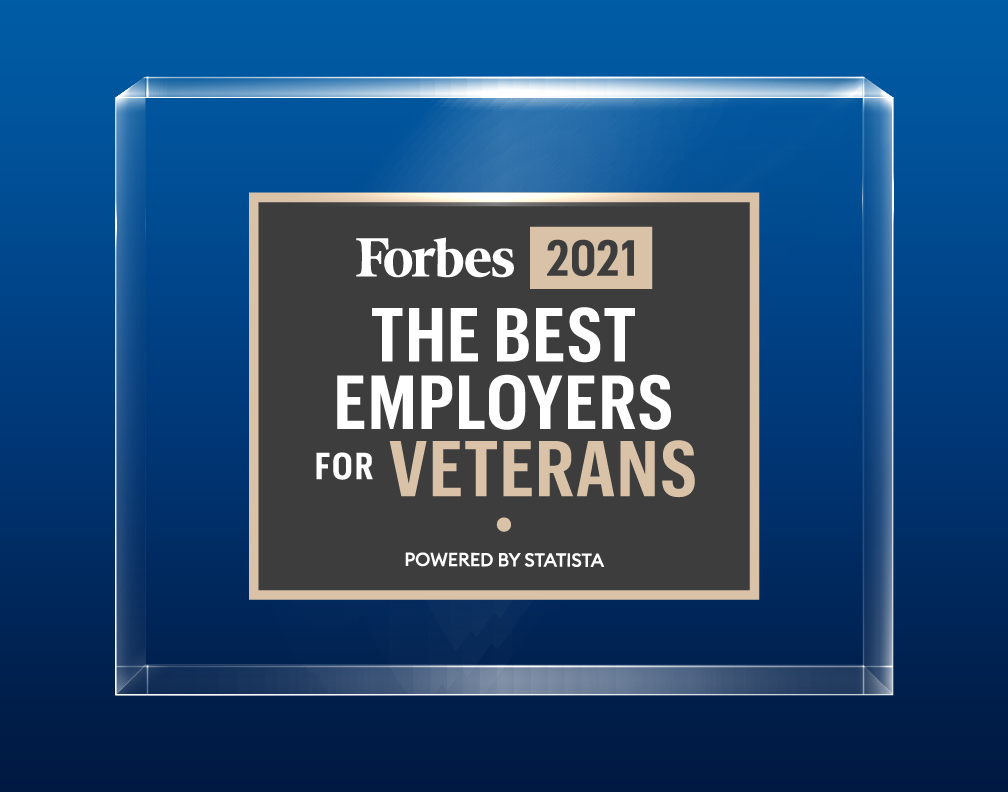 Companies were selected based on an independent survey completed by over 5,000 U.S. Veterans working for companies employing at least 1,000 people. Survey participants were asked a series of questions on general topics regarding their employer and on topics related specifically to veterans' interests in the workplace. The final list ranks the 200 employers that received the survey's highest total scores. 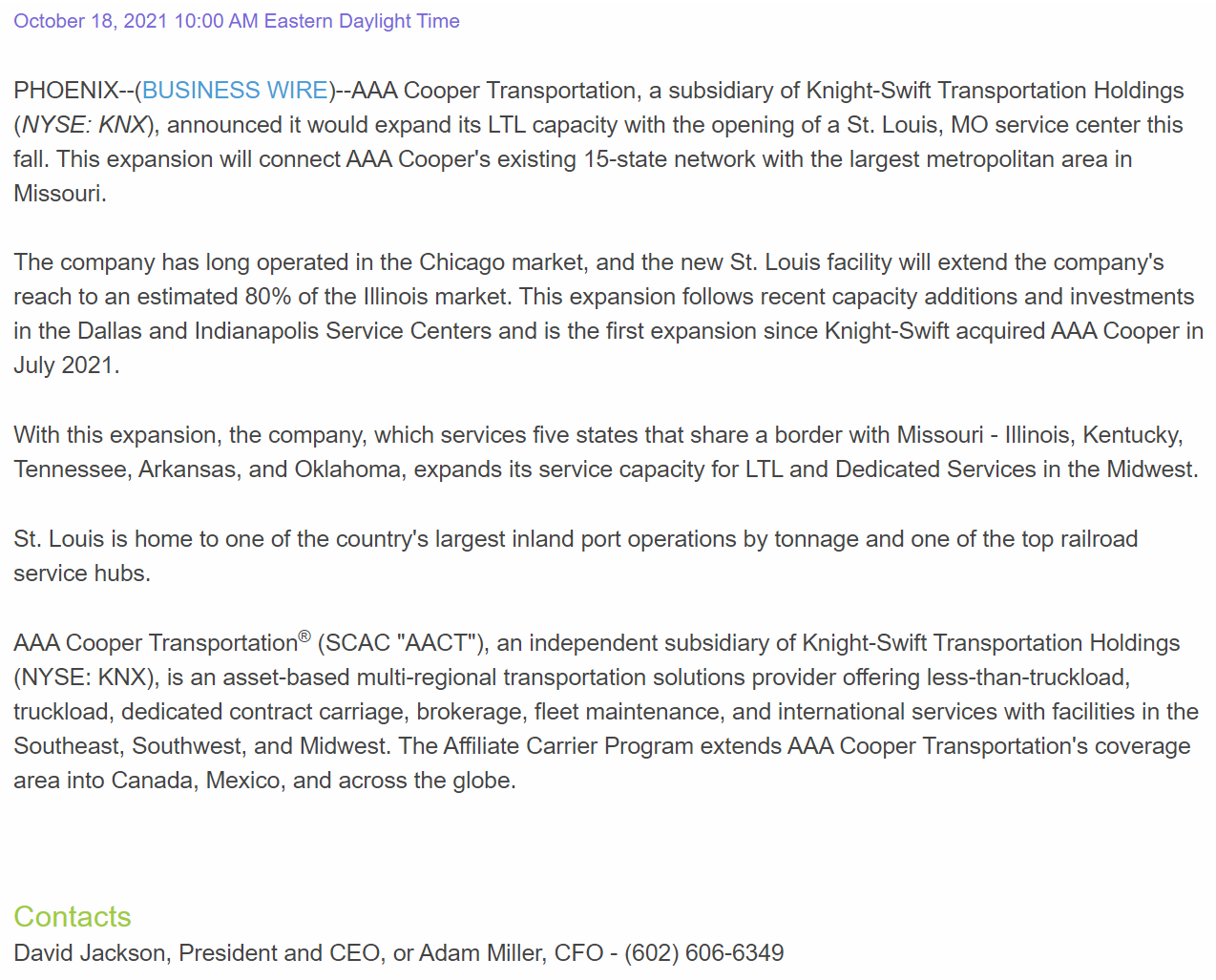 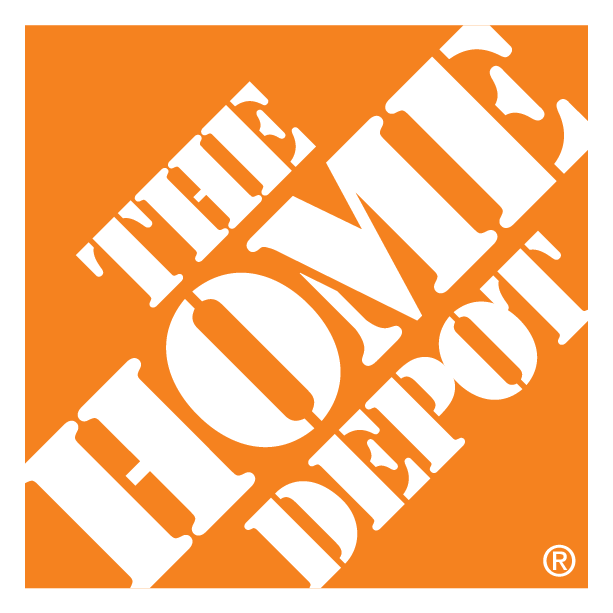 AAA Cooper Transportation was honored as the 2020 LTL Carrier of the Year by The Home Depot’s Executive Carrier Council during their annual conference in January 2021. The Carrier of the Year awards recognize carriers who exhibit a commitment to excellence in service performance, responsiveness, and creative thought.

During the virtual award presentations, The Home Depot team recognized AAA Cooper for providing consistent, reliable service in one of the most demanding operating environments in history while supporting a rapidly growing share of their LTL business.

AAA Cooper became a core carrier in October of 2016 and quickly set about aligning operationally to The Home Depot’s processes and expectations. The AAA Cooper employees’ commitment to excellence has driven growth in our relationship and positioned us for this recognition.

One of AAA Cooper’s core values is Teamwork, and our commitment is “we will get there together.” This award is the recognition that we live our values every day. Thank you to all employees for their part in this achievement. 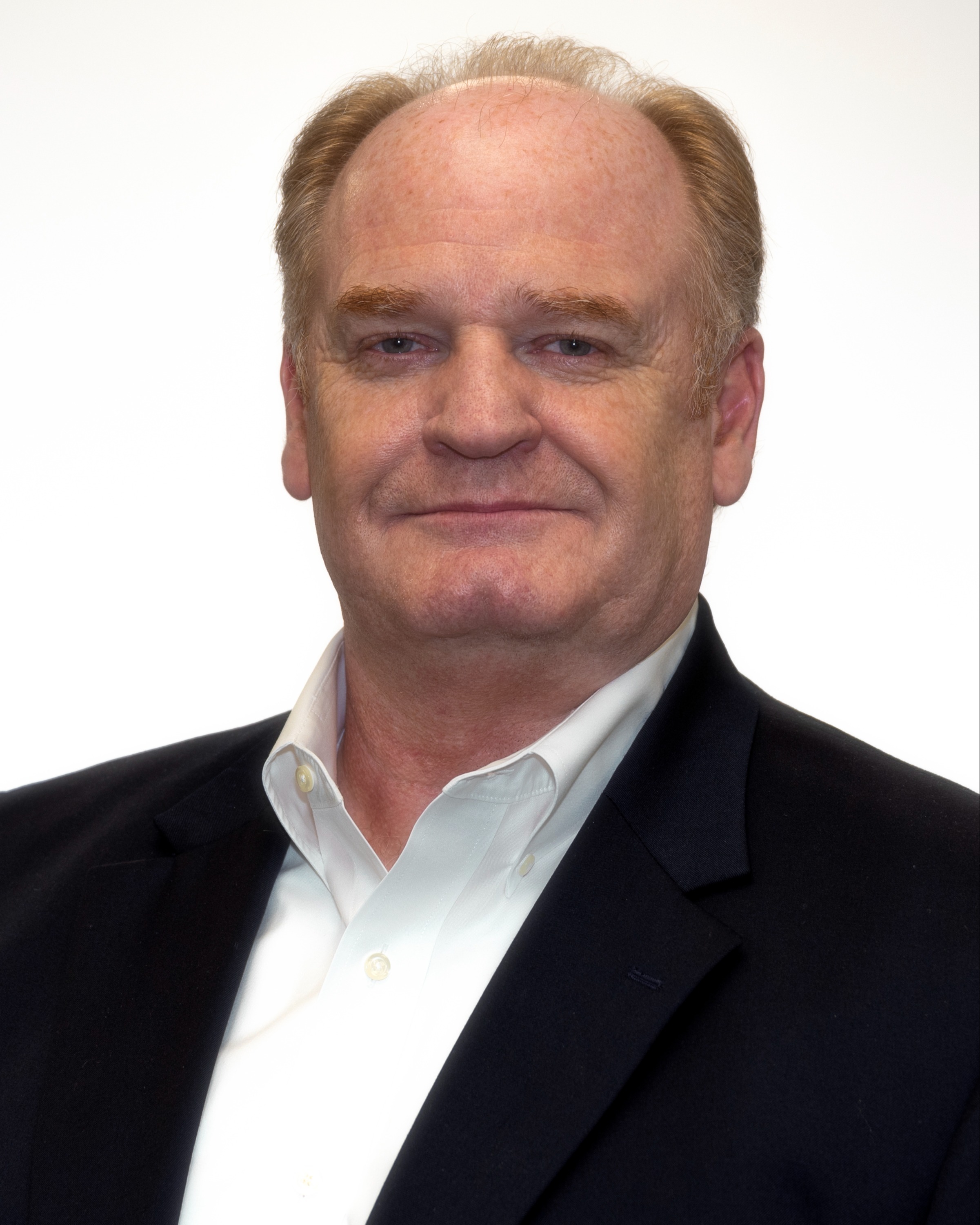 Dothan, AL- Reid Dove, CEO of AAA Cooper Transportation, announced on September 16th, 2020, the promotion of Charlie Prickett to President and Chief Operating Officer. Mr. Prickett began his career in the transportation industry after graduating from Auburn University in 1988. He held industry leadership positions in Less-than-Truckload and Dedicated Services prior to joining AAA Cooper as its Dedicated Services leader in 2002. He was later promoted to Executive Vice-President and Chief Operating Officer in 2010. Mr. Dove noted, "It gives me great pleasure to promote Charlie to President given his overall leadership and extensive knowledge and expertise of our two primary services of LTL and Dedicated Services. His commitment to growing our business while enhancing our culture will serve our internal team members and customers very well in the future."

AAA Cooper Transportation is one of the top 50 largest ground transportation companies in the United States. It serves the South, Southwest, and Midwest through over 100 locations with over 5000 employees. It has been named by Forbes Magazine as one of the top mid-sized employers in the country for the last four years.

AAA Cooper Transportation offers an excellent opportunity for employees across a breadth of skills, experience, and backgrounds. Click the careers button to find out more about the opportunities that are currently available and complete an online application.

The SmartWay® Program is a public-private initiative between EPA, large and small trucking companies, rail carriers, logistics companies, commercial manufacturers, retailers, and other federal and state agencies. Its purpose is to improve fuel efficiency, and the environmental performance (reduction of greenhouse gas emissions and air pollution) of the goods moved throughout the supply chain.

SmartWay is comprised of four components:

To learn more about the SmartWay® Program, visit EPA.gov.

In the 1930s, John H. “Red” Dove began his association with the transportation industry by working alongside his father, hauling logs from the Alabama woods to nearby sawmills. In 1951, Red bought an interest in P.C. White Truck Lines. Later, he purchased the remaining ownership interest in the company and changed the name to AAA Motor Lines. His sons, Earl and Mack, earned their degrees in Transportation from the University of Tennessee and joined the family business in 1959 and 1962, respectively.

Earl and Mack recognized the inevitability of industry deregulation and began to position the company for that occurrence. In 1976, the company obtained approval from the ICC to operate within the state of Florida along with the already established Alabama system. After the completion of its opening in Florida, the company bought expansive authority to operate in Georgia, North Carolina, and South Carolina. In 1986, AAA Cooper Transportation purchased Haynes Motor Lines and, in early 1990, purchased nine service centers from the former Bowman Transportation Company. In January 1989, after 30 years in the business, Earl sold his 50% ownership of the company to his brother, Mack.

In 1994, AAA Cooper Transportation opened the first service center outside of the Southeast in Chicago, IL. This area was selected to provide quick and efficient service to the Upper Midwest from the Southeast due to the high customer demand. In the same year, Mack’s son, Reid, joined the company after he graduated from Auburn University. Reid was no stranger to the transportation industry, growing up in and around the business and holding many different positions within the company. In 2001, Reid was named President and continued the legacy of quality leadership and guidance in another generation of success.  In 2010, Reid became Chief Executive Officer (CEO), and Charlie Prickett was named President and Chief Operating Officer (COO). 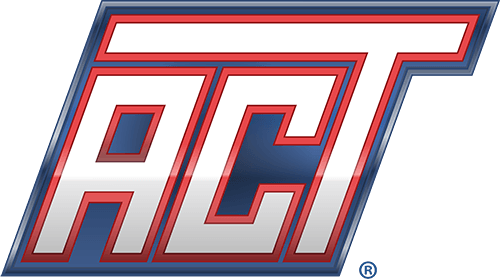